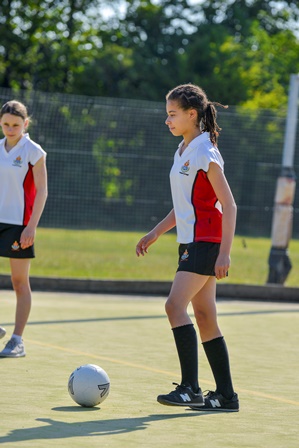 Last Saturday, the combined U12/U13 Girls Football team travelled to Cheadle Hulme School to play a 9-a-side fixture on grass. This fixture was played after many pupils had gained the valuable experience of coaching sessions in Holland with the Vitesse Arnhem Academy. The College didn't disappoint as they completely dominated their opposition from start to finish with some brilliant attacking Football which could have been taken out of Jurgen Klopp's textbook. The College were relentless throughout the match and wouldn't give Cheadle Hulme a minutes breathing space. Anna R and Mischa OC provided a formidable attack assisted with numerous crosses by Giselle R. The scoreline finished 7-1 to the College with Anna R scoring a hat-trick, the final score was a true reflection on how dominant the College were during the match.