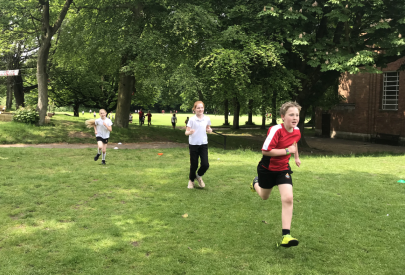 A massive thank you to everyone who brought in sponsorship for our Race for Life. Together, we raised an unbelievable and staggering amount of £6109.22

All donations were greatly appreciated and it was incredibly inspirational to see pupils work together in form teams to make sure they raised as much money as possible for Cancer Research UK, a charity dedicated to saving lives. Your generosity has been overwhelming. It was clear talking to the students that this is a charity very close to their hearts.

The form Charity Champions prize went to 5P, narrowly winning thanks to a last minute envelope, aptly labelled ‘To help the ones who need it most.’ As a thank you, they were rewarded with a CRUK collection bucket - literally filled to the top with sweets!

My sincere thanks to every single person who brought in donations. Every penny raised will make a difference. You are all my heroes.