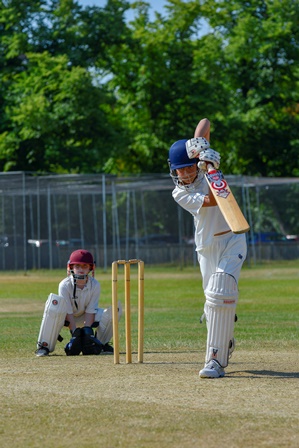 On Tuesday, we welcomed the MCC to Liverpool College, for our prestigious annual cricket fixture. This year, the team included young talented cricketers from various schools in the area, including three of our own Liverpool College pupils (Adam S, Michael P and Leo B).

A fine bowling performance from the College representative team, reduced the MCC team to 105 all out. Struggling at 34-4, a strong middle order partnership had the College team on the bring of victory at 84-5 at tea but what followed can only be described as a monumental collapse. Nervousness and uncertainty ensued and the College team could only muster another 16 runs, for the loss of the remaining 5 wickets giving the MCC team a five run victory.

Many thanks go to our catering and grounds staff, for their continued support of this fixture. The MCC, as they do every year, highlighted how well they are looked after when they attend Liverpool College.