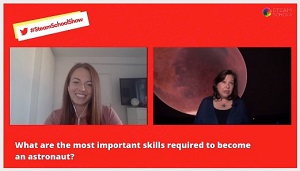 Prep pupils tuned into a live broadcast with NASA's Marshall Space Flight Center this week, listening to experts from the Space Camp. Space Camp is an educational camp in Alabama, on the grounds of the U.S. Space & Rocket Center museum which provides educational programs for children and adults on themes such as space exploration, aviation and robotics.

In the broadcast, pupils explored astronaut training, careers in space and how the organisation has helped past students to become astronauts. Hosted by Liverpool’s own astronaut trainee Dr Jacyln Bell, the show featured NASA’s Planetarium Director and Space Camp’s senior director of communications.