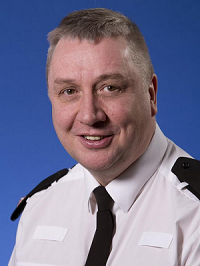 Police Commander Steve Howard delivered an insightful talk about the meaning of leadership to Year 10 and Year 11 pupils this week. Having worked for the police force for over 30 years, Steve has enjoyed a long and distinguished career. In the 1990s, Steve was a spotter at football matches identifying potential football hooligans. His role as a football liaison officer took Steve around the world, including flying first class with the England football team! Now Superintendent for Bolton Police, Steve was perfectly suited to talk to students about leadership. Mr Howard impressed upon the pupils that every individual possesses leadership qualities and challenged the pupils to be self-aware about their own personality traits and how that impacts upon their leadership style. Three styles of leadership were discussed: authoritative, transactional and transformational. Pupils were asked to complete a personality quiz to identify their dominant leadership style so that they might learn to embrace and develop themselves as future leaders.