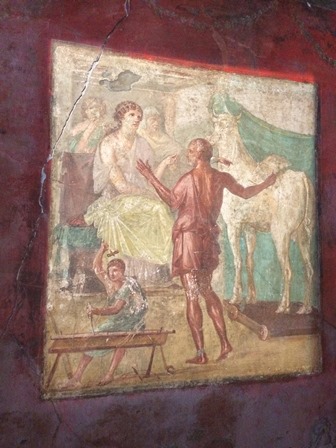 During half term, Dr McNamara led a Classics trip to the Bay of Naples and Pompeii - Lucy C (Y9 Selwyn's) shares her review of the trip:

I’m going to start off with the travelling: for me, the plane, security, and the coaches were fine, except for that one object that security is cautious about but in the end I got my bag back.

My favourite day out of the whole trip has to be the second day, where we travelled to Herculaneum and had free time in the town Sorrento. Herculaneum was quite easy to find your way around however, whenever you got a bit lost you would always find something interesting around the corner e.g. a house, a painting. We then had delicious pizza for our dinner on interesting Italian plates.

Sorrento was very nice to walk around in the evening and we all appreciated the free time and spent it well. Finally, on that day we had gelato, which was absolutely mouth-watering.

The next day was the day we had all been waiting for, travelling to Pompeii. We were all waiting for this because we had all heard so much about Pompeii from the books we study in school. We visited the amphitheatre, and some of us sang there, we also caught a glimpse of Caecilius’ house, which everyone knows about. Everyone on the trip loved Caecilius so much that the slogan of the trip was “Caecilius est in horto” (Caecilius is in the garden).

On the last day we travelled back at a very early time of 3:00am, which was too early for all of us. When I arrived home I wished the trip would have lasted longer because it was so much fun and very interesting. I think I’m speaking for everyone on the trip saying it was one of the most enjoyable school trips ever. I hope Dr McNamara organises another trip with the Classics Department because I’m sure it would be just as fun.

Lastly, I just want to say thank you to Dr McNamara and the Classics Department. 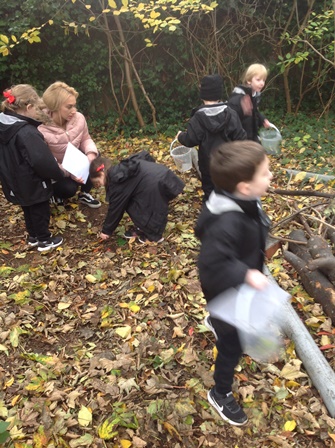 Reception One had a wonderful time last week at their first Forest School session in connection with Liverpool John Moores University.

They spent an hour exploring the forest and collecting lots of beautiful natural items whilst taking part in a scavenger hunt. At the end of the session, the children were delighted to learn how to approach the fire pit safely so that they could roast their own marshmallows on the fire – and the best part was they got to eat them! They ended the day with a very exciting game of forest hide and seek. We are very excited to see what the next sessions will bring. 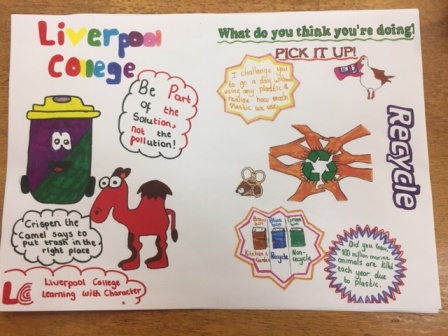 Making a Difference to the School Environment

The Communication Group, run by Mrs Hall during the Tuesday activity period, has made a big impact already through their campaign to tackle litter on campus. Members of the group share their experiences so far:

When I signed up to Communication Group, I didn’t really know what to expect. When we first started out, just Felix, Owen and I, we discussed the importance of litter and how to prevent it from appearing in our campus. We created a questionnaire – which all Year 7 have completed – about the importance of litter and recorded the results in Excel, which we will now examine and see what everyone thinks is the most effective way which our colleagues think we should deal with it. We then ran and advertised a poster competition for which we had many entries. I can’t yet confirm the winners but they will both each receive a £10 Amazon voucher and lots of PPC points. The whole idea with the activity is that we drive it forward, with the help of Mrs Hall and Ms Odita-Sani. We are currently writing a play script which will be performed by some Sixth Form drama students. We are open to anyone who wants to join in any year – just come to the Upper Library on Tuesday 3:15-4:15pm and we can speak to Mr Cartwright about the activity change. Omar K (Y7 Howard’s)

I have helped the communication group by marking the posters that people handed in. I joined this group because I feel passionate about the environment so it felt right to be part of it. I have discussed the pupils’ entries towards the competition and through that I have learnt even more about looking after our environment and keeping our school free from litter.

I have made friends through joining this group and joined a fight against litterbugs. The poster competition has come to an end with 2 joint winners and we have compiled the 2 posters together and we will celebrate their success this coming Friday during Whole School Assembly. Hugh T (Y7 Brook’s)

I, Owen, am the only Year 8 in communications group. I joined to become part of the wider school community. I wanted to help with problems. I find the activity fun and interesting. The attitude of the group was very positive and we were eager to solve the litter crisis. I have had good times and hope to carry on helping in this activity. Owen W (Y8 Howson’s)

I got involved in communication at the start of the year. The main reason I joined was because it is my first year at Liverpool College and I really wanted to address an issue to improve in our school community. The first thing we did in this activity is we announced a litter poster competition. This was the original Communication group with me (Felix), Owen and Omar. The litter competition deadline came around and the quality of the posters were astounding! Whilst the entries were getting judged, we made a litter questionnaire .I think the questionnaire really helped towards pupils’ attitudes because we got two new recruits! Hugh and Solomon. Our latest action has been storyboarding a film script to persuade people to see the litter crisis in our everyday life. We just need to convince the 6th form to perform it. Felix H (7 Howard’s)

When Omar first told me about communications group I didn’t real know what it was about but I have really enjoyed it. In the time I have been in the group we have done some fun stuff to do with helping the environment like we set up a litter poster competition. I loved judging the competition and seeing the amazing future graphic designers we have in our schools, such outstanding work!

The poster competition has now come to an end and a poster has been made from the two winners’ entries.

Well done to the winners (announced at assembly on Friday) for their amazing posters - they will be receive a ten pound amazon gift card each and see their work around school. Solomon W (Y7 School)

Congratulations to Paige M (Y7 Howard's) and Alisha I (Y7 School) for their winning poster designs. 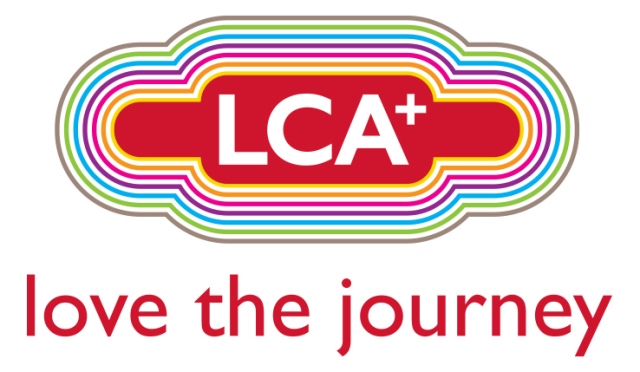 Since the start of the academic year, Ms Achilleos has held weekly after school training sessions to develop the skills of the lower years’ Netball teams. The training sessions consist of a disciplined schedule under the guidance of Ms Achilleos alongside Mrs Lines and Miss Roddy and the pupils have been challenged on a number of technical areas of improvement.

This hard work by the pupils has paid off as recent weeks have seen positive results for the teams versus Archbishop Blanch, Belvedere and Scarisbrick Hall School. With a busy Netball schedule ahead this is going to be an action packed term for the Netball teams. 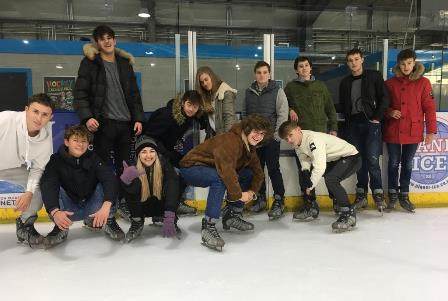 Last weekend, our boarders had the chance to ice skate and bowl at the Widnes Hive Complex and it seems that many of them are pretty expert when it comes to ice skating. Perhaps all that cold weather in Eastern Europe has them donning ice skating boots and skis from when they are tiny tots; whatever it is, Milan U and Gabriela K were almost professional, dashing around the rink as though it wasn't slippery and they weren't on 10mm wide blades! 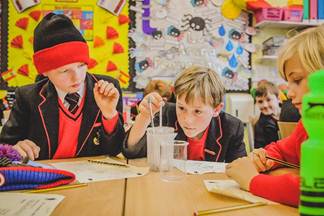 Prep School pupils enjoyed a Science Day on Friday thanks to the efforts of Mr Ainscough who brought Ernest Shackleton to life.

The school was transformed into an Arctic adventure. All the pupils took part in some fantastic science experiments and competed in a sledge race. The day began with an interactive assembly based on Ernest and his explorers.

During the last couple of weeks, the Friday afternoon games period has seen twelve boys join the hockey group to form a boys team. They are learning the basics of hockey under the guidance of Miss Arnold and Miss McLindon. The aim is for there to be regular hockey practices and matches for this new team ready for the start of the new term. There have already been a number of positive comments from parents and carers of the participating pupils and it will be interesting to see how the boys progress.