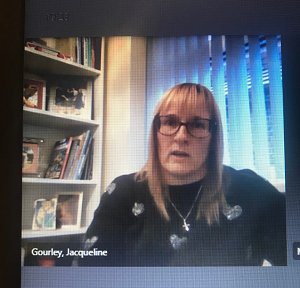 Y13 students were treated to a Liverpool College first on Monday when they were given the opportunity to hear a talk from prison governor Jacqueline Gourley. Giving the students the benefit of her 28 years’ experience in the prison service, Jackie gave the students a ‘warts and all’ picture of life in a modern Jail. Describing the prison as a ‘small town’, Jackie explained the different classifications of prisoners and how the prisoner facilities and infrastructure has changed over the years. She also described the impact of Covid on prison life and the steps she, as the Prisoner Governor, has taken to address the issues of extended periods within cells during this national pandemic, including the introduction of encrypted technological devices to extend communication opportunities between prisoners and their families. It was quite eye opening for the students to hear a frank portrayal of prison life and to recognise the role of a woman in such a powerful leadership role in such a traditionally, male dominated environment.