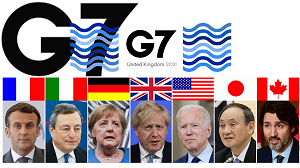 Liverpool College conducted its own G7 summit this half term. The event involved pupils  across 3 key stages and every Prep School form had their own Youth 7 summit (known as Y7).

Pupils were able to discuss what they believed were priority areas for development and to decide upon recommendations that they would make, if they were Youth 7 delegates in G7. Mrs Doran launched the event with a presentation about G7, its history, its members and its fundamental aims. Pupils then worked in groups to brainstorm key ideas and selected their class delegates to present their ideas to the form. Working democratically, students then voted which of all the ideas they heard they felt were the most important.

Year group Youth 7 delegates will write a final communique and present their findings to a whole school Liverpool College G7 summit later in the year. Final recommendations will be presented to local politicians and eventually, emailed to our prime minister, Boris Johnson.

A superb event which introduced students to world politics.